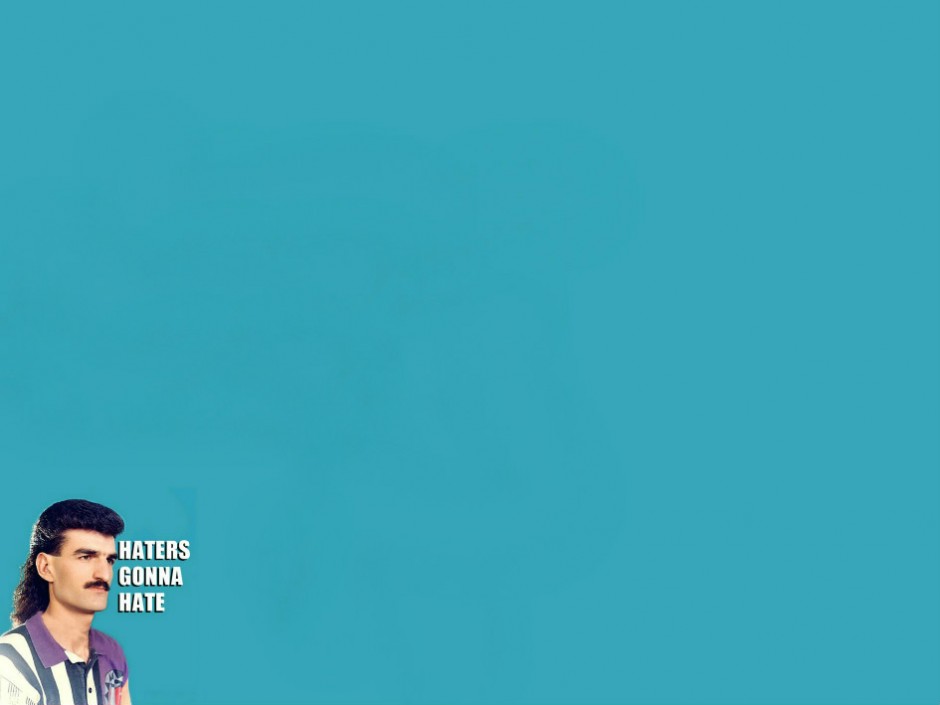 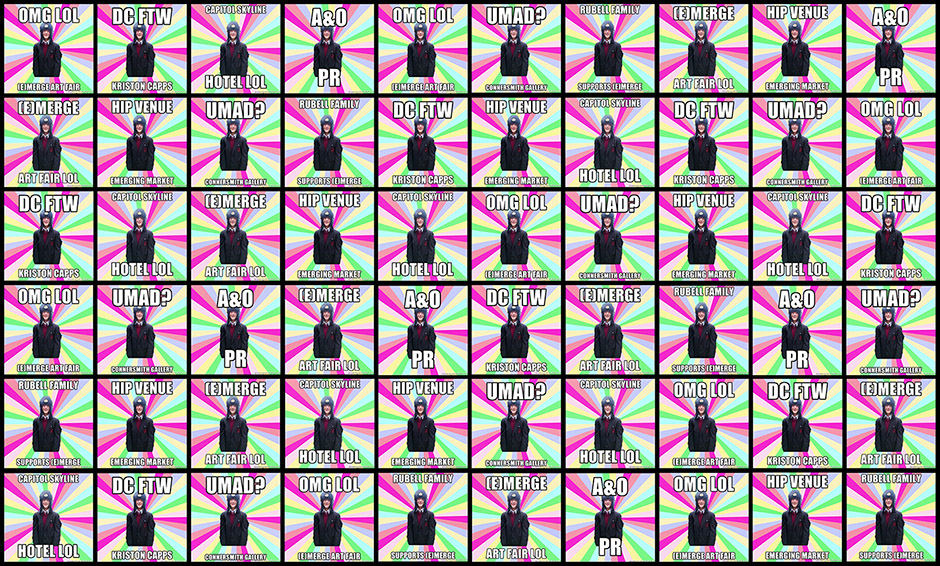 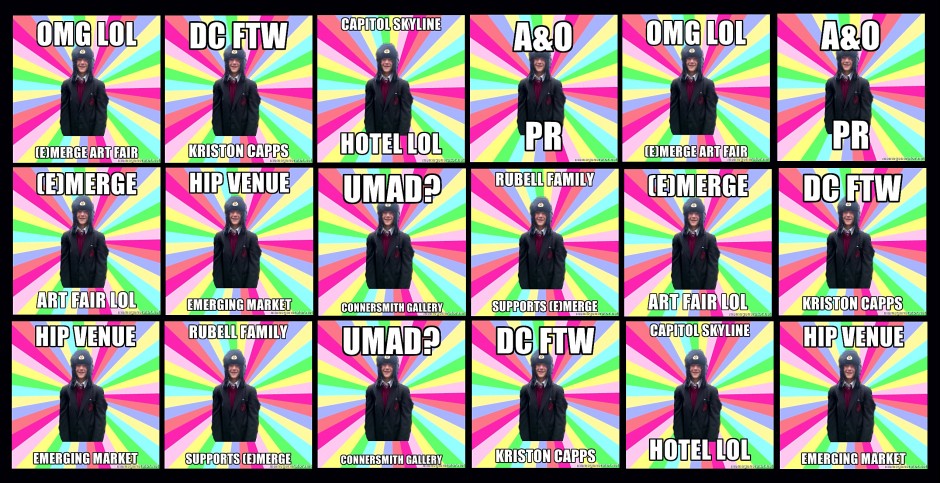 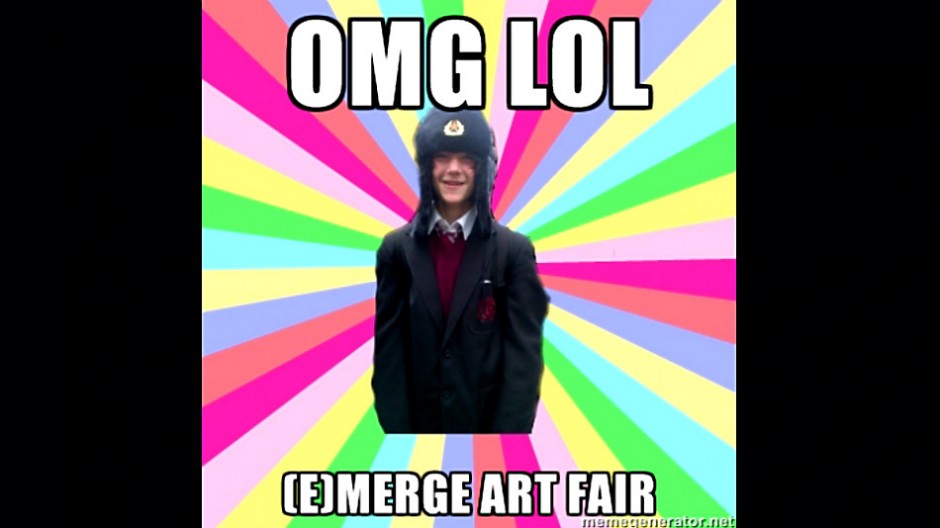 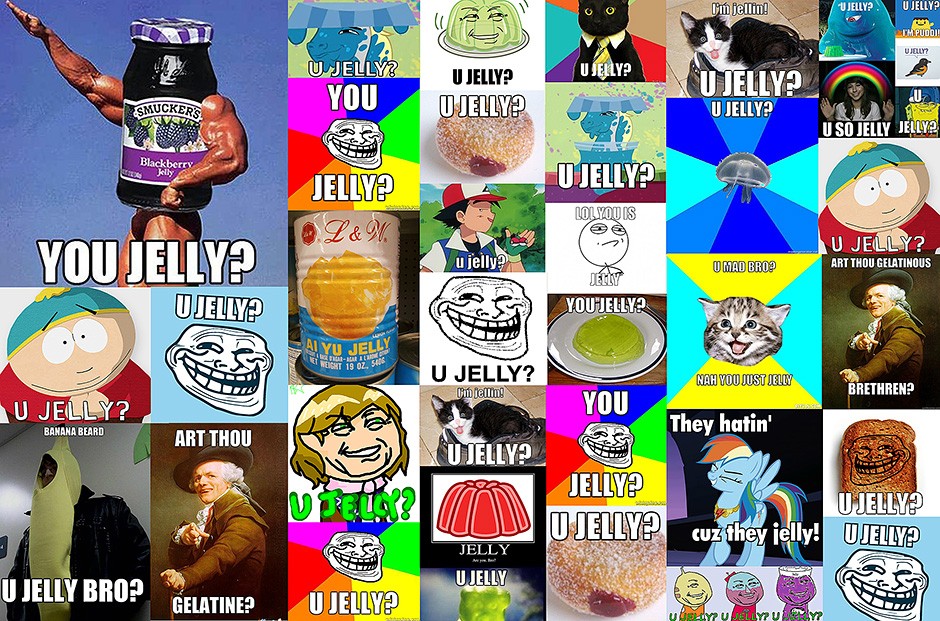 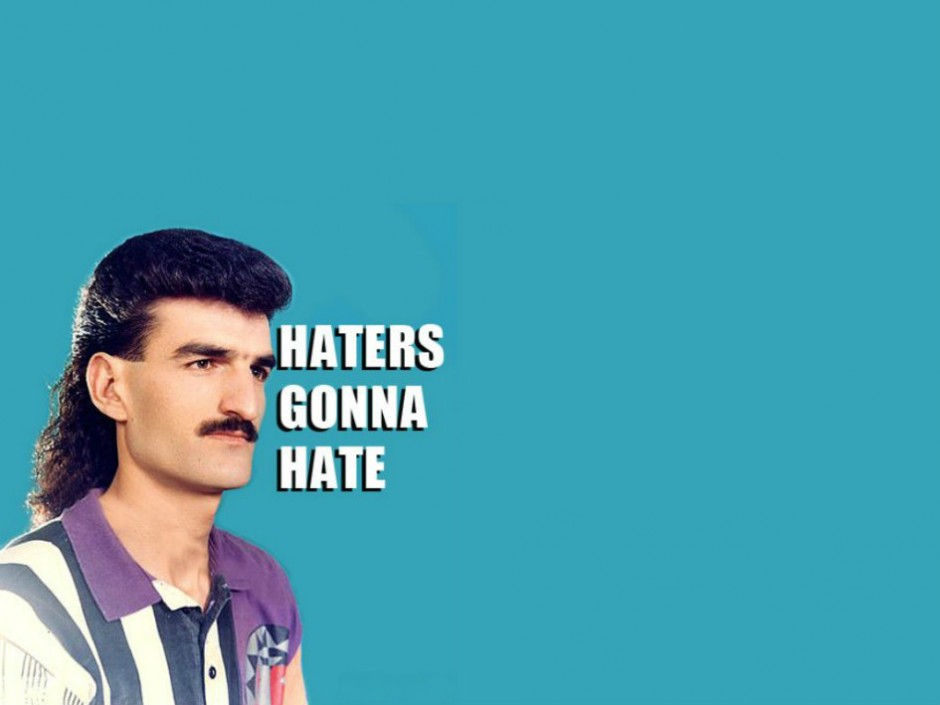 This series raises inquisitive issues on the power of this tiny pieces on information.
Spread throughout social media software and apps like Facebook, Instagram, Reddit forum and more, memes summarize feelings, moods, situations and trends.

Working with images from the internet collective imagery, acronyms as LOL, FTW and OMG and text from press-release of (e)merge art fair, the artist’s Internet Meme’s formula seens simple, yet powerful.
The word “meme” itself is a shortening (modeled on gene) of mimeme (from Ancient Greek mīmēma, “imitated thing”; from mimeistha, “to imitate”; from mimos “mime”).
Works such U Jelly?, 2016, Haters Gonna Hate, 2013 and Mem(e)merge play with words, images and texts found on social communities.

Internet Meme is a concept that spreads from person to person via the Internet. The word meme was coined by Richard Dawkins in his 1976 book The Selfish Gene, as an attempt to explain the way cultural information spreads; internet memes are a subset of this, specific to the culture and environment of the internet as fads and sensations tend to grow rapidly on the Internet, because the instant communication

An Internet meme may take the form of an image,  hyperlink,  video, picture or website. It may be just a word or phrase, including an intentional misspelling. These small movements tend to spread from person to person via social networks, blogs, direct emails or news sources. They may relate to various existing Internet cultures or subcultures.

▶︎ Hello Darkness, 5’20 single channel video, 2016.
Internet memes can evolve and spread extremely rapidly, sometimes reaching world-wide popularity within a few days. Internet memes usually are formed from some social interaction, pop culture reference, or situations people often find themselves in. Their rapid growth and impact has caught the attention of both researchers and industry. Academically, researchers model how they evolve and predict which memes will survive and spread throughout the Web. Commercially, they are used in viral marketing where they are an inexpensive form of mass advertising.

Another factor in the increased meme transmission observed over the internet is its interactive nature. Print matter, radio, and television are all essentially passive experiences requiring the reader, listener, or viewer to perform all necessary cognitive processing; in contrast the social nature of the Internet allows phenomena to propagate more readily.
Many phenomena are also spread via web search engines, internet forums, social networking services, social news sites, and video hosting services.