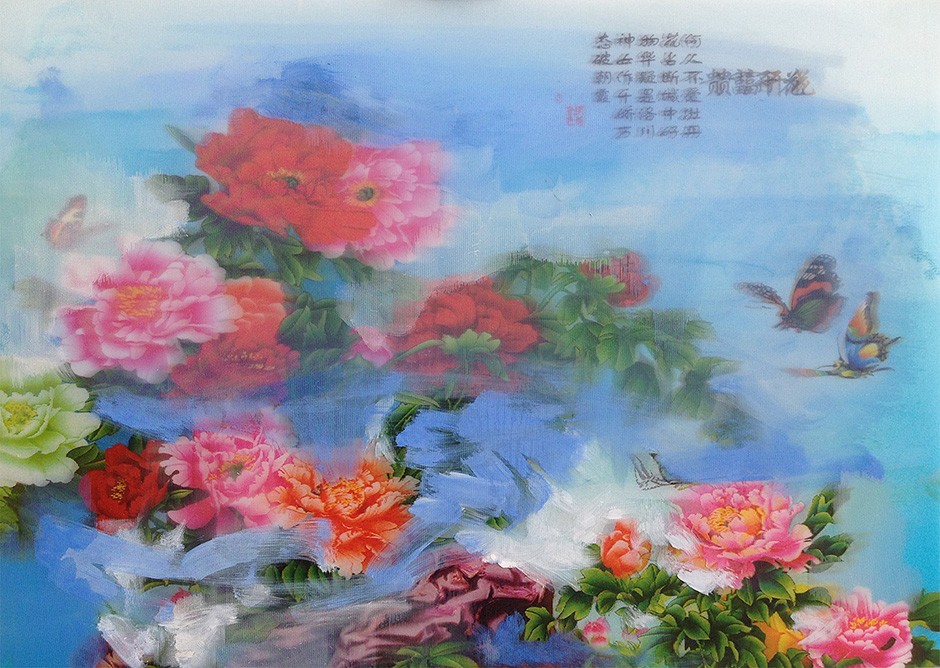 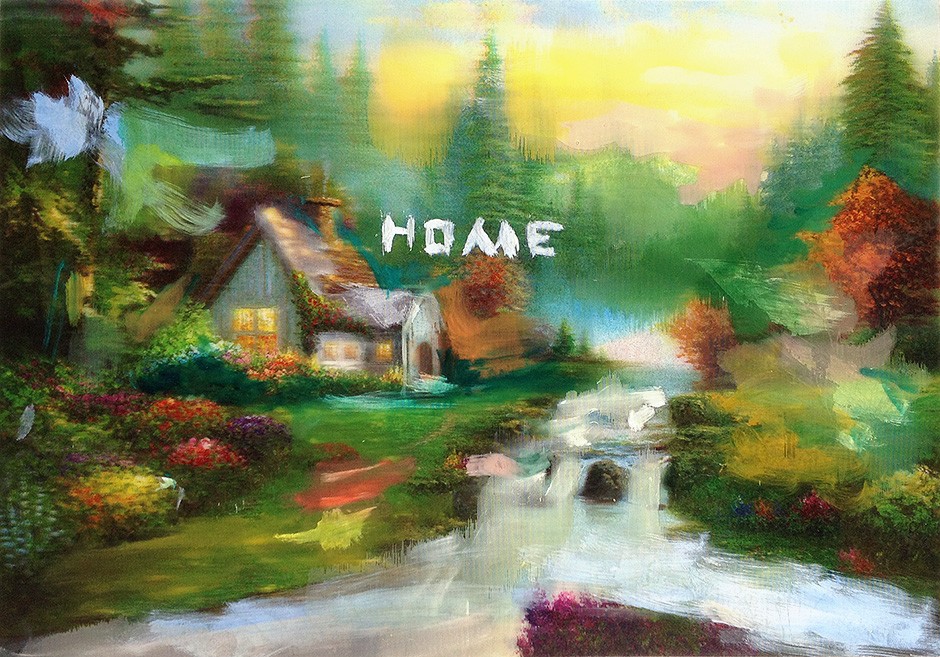 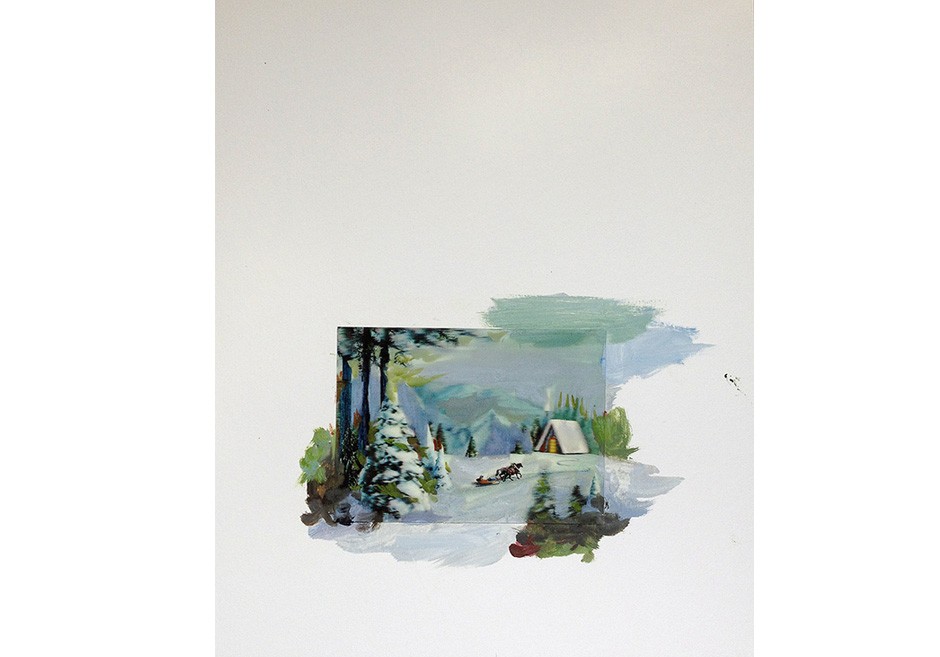 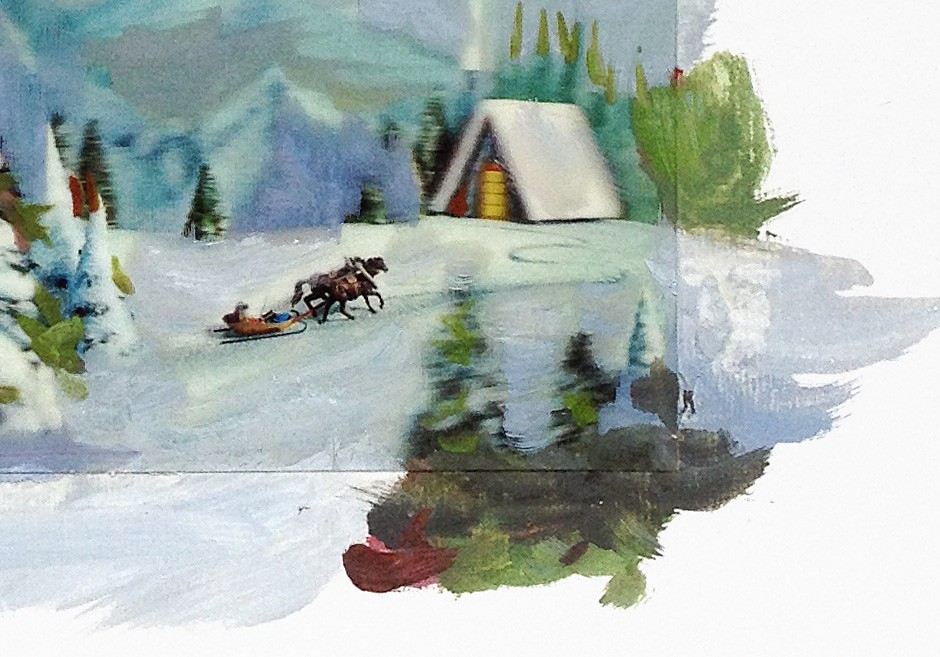 This series works are oil paintings on these 3D plastic sheets, known as lenticular prints, made of two slightly different images in layers in one plastic film, giving an illusory 3D effect when moving the viewers point of view.

Images that have a “fakeish” feeling and are very popular with themes such as japanese fishes, idyllic paysages, wild animals, cartoon drawings and domestic pets.

This series mixes and combines two very different styles and materials, in a visual “tour de force” to bring them together, both dealing with the kitsch over exaggerated character of the 3-D simulacrum and the oil paint, seen as an ideal of acceptable fine art medium.

The unlikely mixture of painting on the 3-D background results in an extra vibrance that sums up to the visual trick itself, resulting from the lenticular effect and the vibrance it achieves when opposed to the painted oil color, adding a trompe-l’oeil beyond the original one.

This effect can not be experienced through photos, but only regarding the work. A challenge not only for the eyes, with the fake 3D effect, but also for our understanding of the limits of kitsch and the intrinsic qualities in it.

Dazed, we are unable to define the limits of this painting intervention and the 3D print itself. The result, thus, is this intended indefinite state.