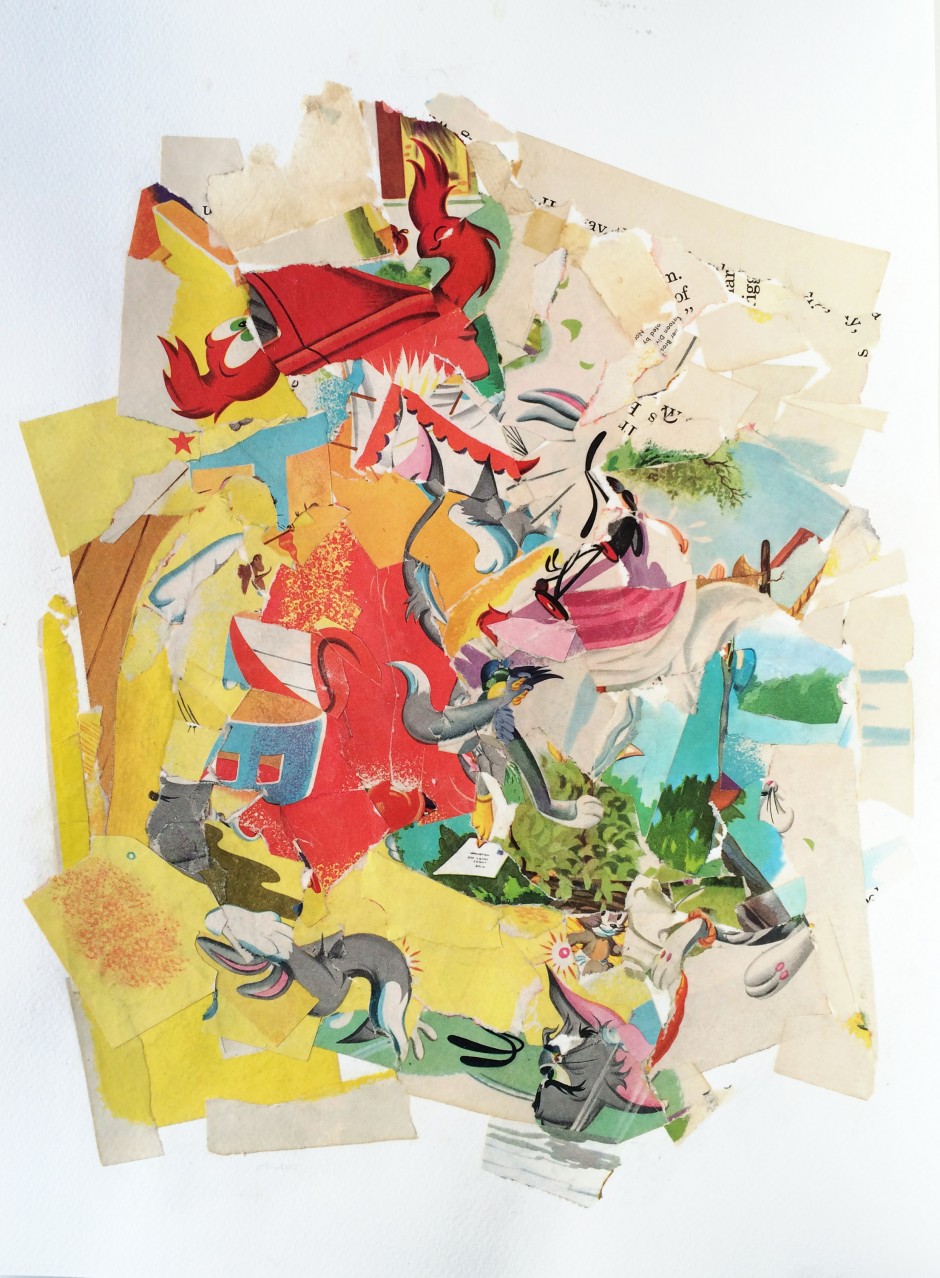 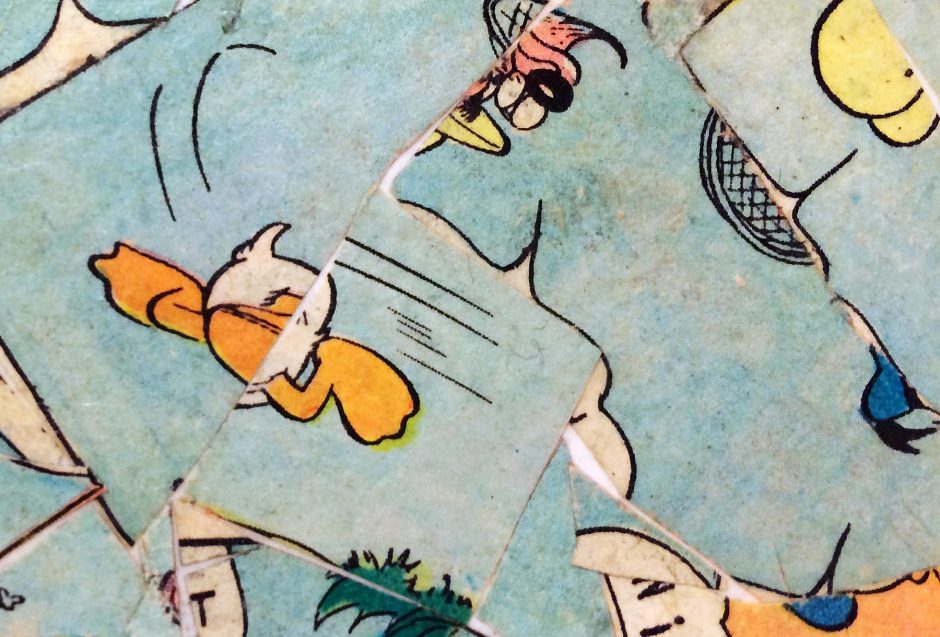 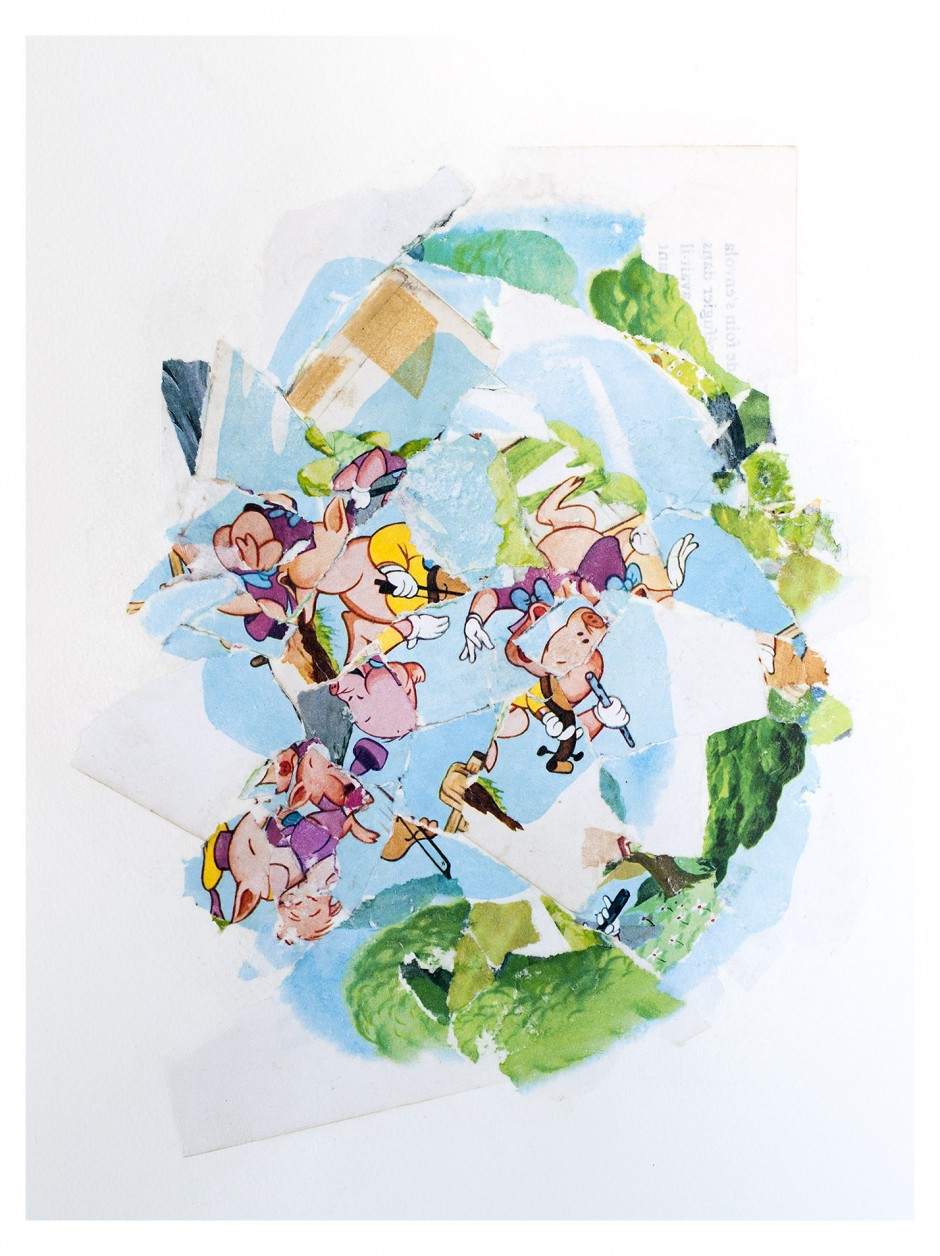 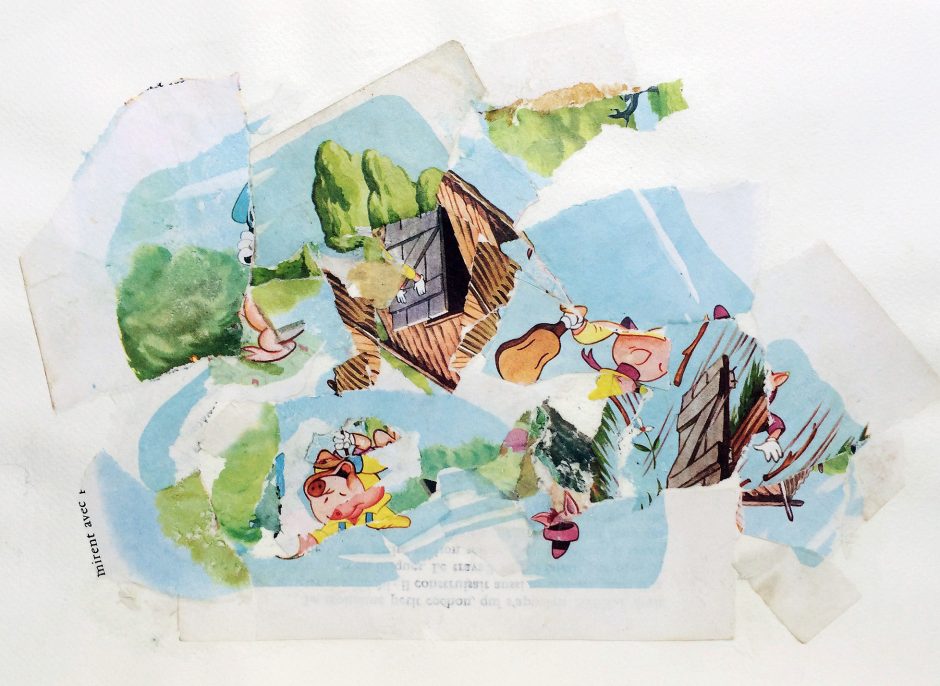 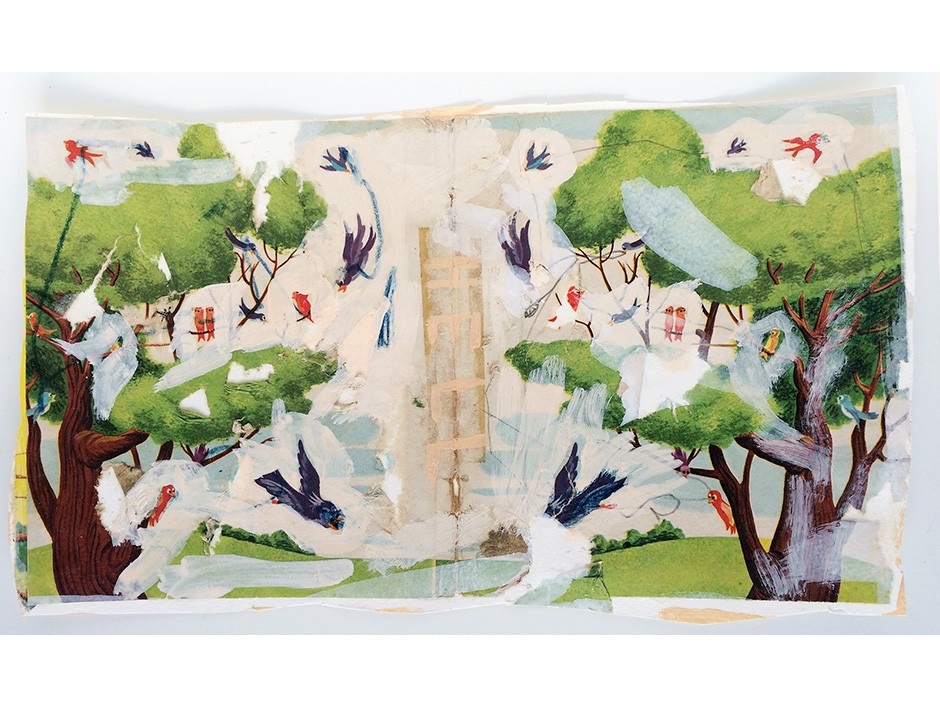 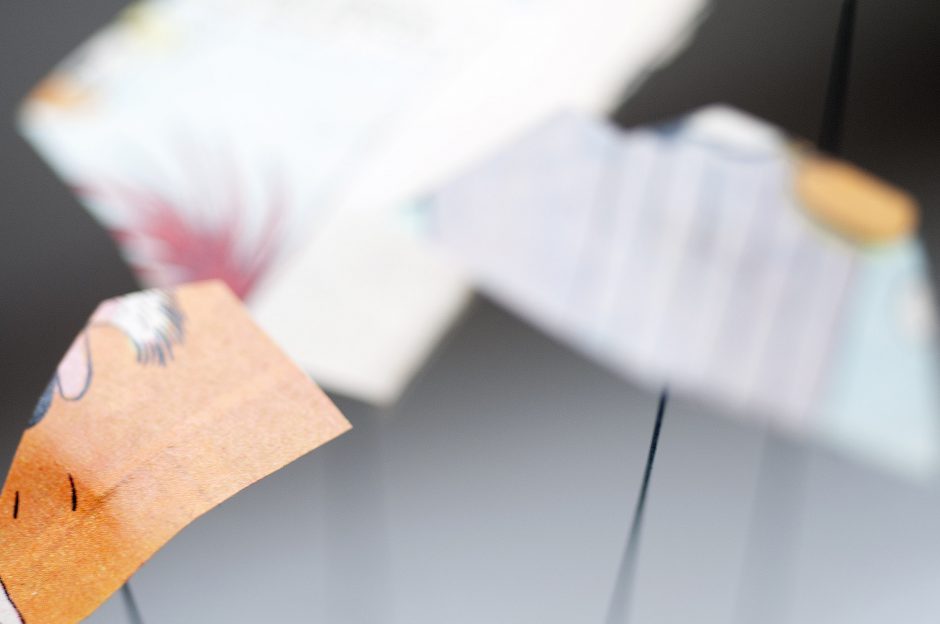 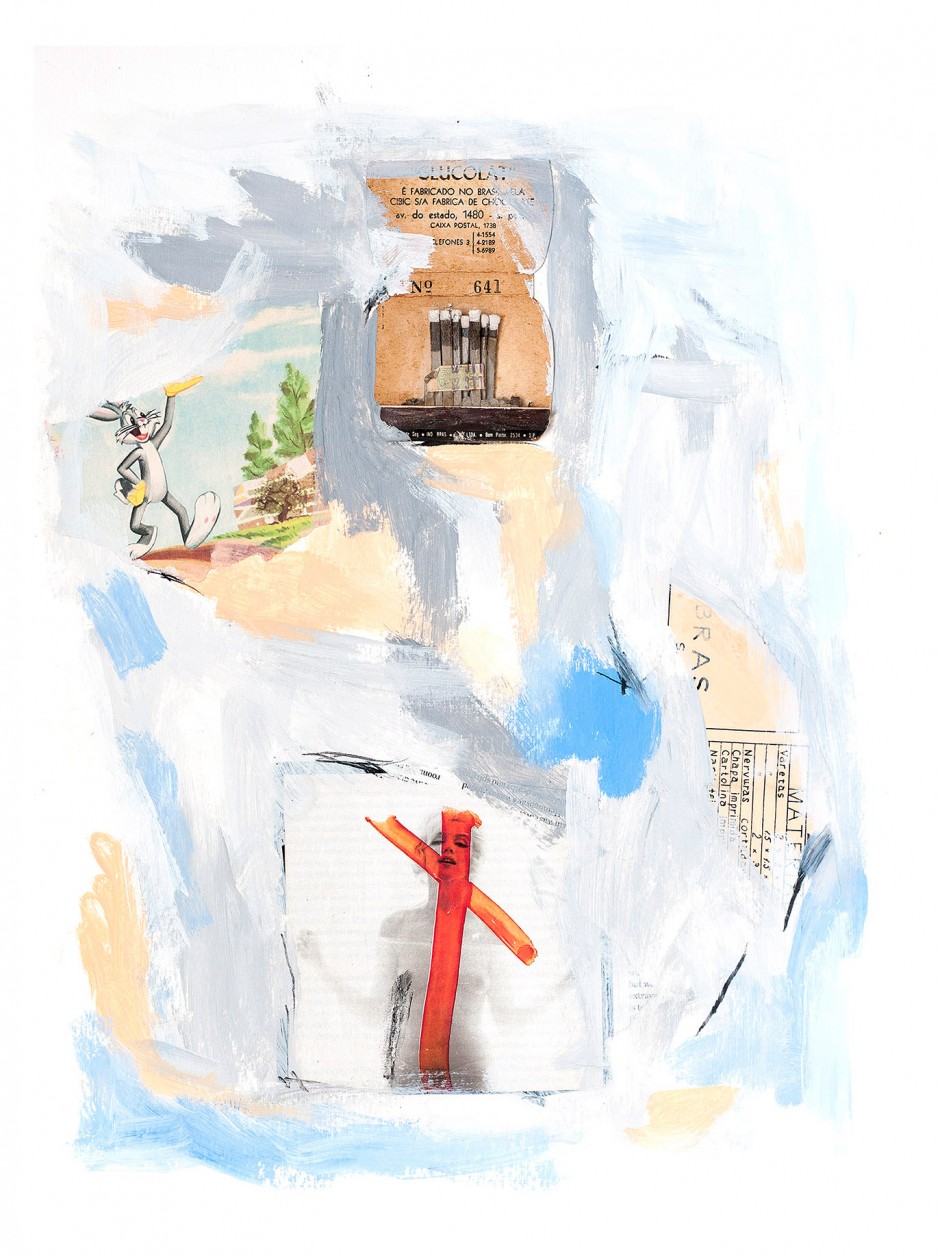 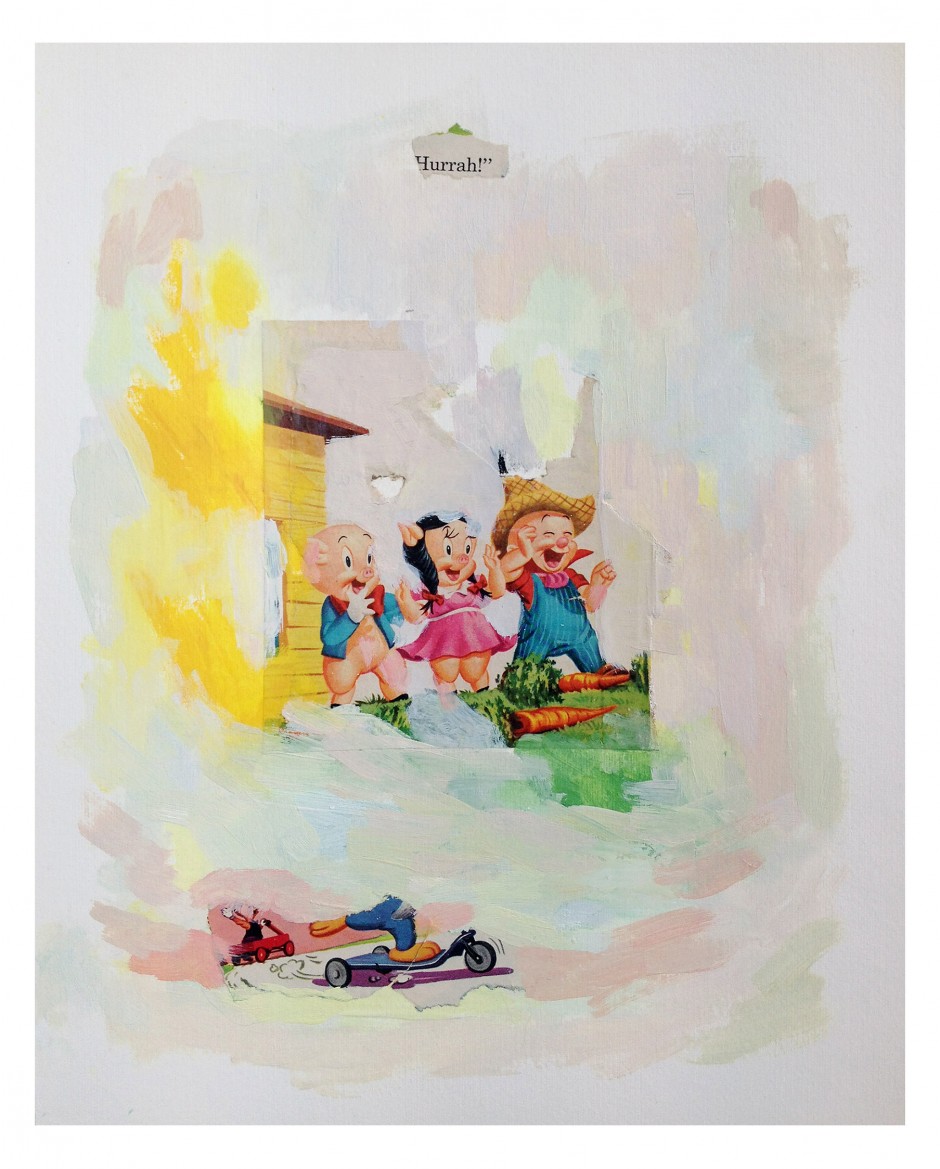 My visual research into the color of vintage comics, mostly from the 1940s and 1950s.
Using original comics and children’s books as medium, this series is both the practice of oil painting , collage and installation.